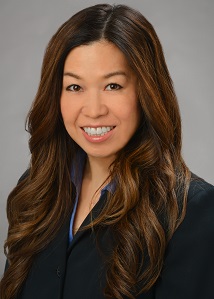 Terri Ann M.K. Motosue joined the firm as a partner in January 2017.  Prior to joining Ashford & Wriston, Ms. Motosue was a partner and former managing partner of a large law firm in Honolulu.

Ms. Motosue counsels clients in the areas of real estate, energy and finance.  Her practice in the real estate area includes a range of matters, including acquisitions and dispositions, real estate development, joint ventures, and leasing.  In addition to her real estate experience, Ms. Motosue has been involved with the development of numerous renewable energy projects, including solar, wind, hydroelectric, geothermal and biomass, and has assisted with the preparation and negotiation of all forms of relevant documentation.  She also has extensive experience in corporate law, specifically in the finance area with secured and unsecured lending transactions.  Ms. Motosue has represented major commercial banks and investment banks in a variety of lending transactions, including complex syndicated secured and unsecured credit facilities and acquisition and leveraged financings.  She is involved in all aspects of the deal structure and in the negotiation and documentation of such transactions.

Ms. Motosue is licensed to practice in Hawaii, New York and the District of Columbia.  She is a member of the Hawaii State Bar Association.

Ms. Motosue is listed in the 25th and 26th Edition of The Best Lawyers of America® in the area of Real Estate. In 2008, Ms. Motosue was named “Best Lawyers Under 40” by the National Asian Pacific American Bar Association (NAPABA).  She has also been recognized as one of the “20 For the Next 20” by Hawaii Business magazine.

Ms. Motosue is a Commissioner on the State of Hawaii’s Commission on the Status of Women and is a board member of the Real Estate Section of the Hawaii State Bar Association. She also serves on the Board of Directors of Hawaii Heritage Center, a non-profit organization located in Honolulu’s Chinatown that is dedicated to the preservation of Hawaii’s multi-cultural and immigrant history.