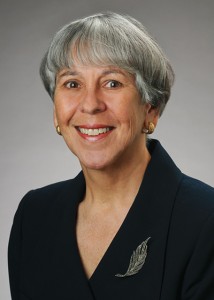 Rosemary T. Fazio, Of Counsel and formerly Partner at Ashford & Wriston, has practiced with the firm since 1978.

In 2020 and 2021, Ms. Fazio received the U.S. President's Volunteer Service Award (Silver) in connection with her pro bono work with the United States Marine Corps. She has also received numerous other professional honors, most notably her appointment as the Lawyer Representative of the U.S. Court of Appeals for the Ninth Circuit Judicial Conference, and her induction into the Hawaii Chapter of Lambda Alpha International (honorary land economics society), for which she served as president. Ms. Fazio is listed in Best's Directories of Insurance Professionals and Hawaii Super Lawyers, and has also been named as one of the best real estate litigation, real estate, arbitration, and eminent domain/condemnation lawyers in Hawaii in The Best Lawyers in America, 1995 to present editions, and as one of the leading Hawaii real property lawyers in America's Leading Lawyers for Business (Chambers USA). Ms. Fazio has received the Martindale-Hubbell® "AV Preeminent™" rating. She received the "Lawyer of the Year" distinction in 2012 in the area of Eminent Domain and Condemnation. Additionally, she received the "Kukulu Hale" Award from the National Association of Industrial and Office Parks for the Hawaii Lease Transaction of the Year 2000.

Ms. Fazio is currently a member of the Board of Trustees of Historic Hawaii Foundation. Until 2019 she was a member of the Board of Directors of Hawaii Public Radio, for which she previously served as Chairperson for 3 years and for which she served as Chairperson of the general manager search committee. She is also a member of the Board of Directors of the Waikiki Improvement Association. Additionally, she serves as the volunteer lawyer one day/week at the Kaneohe Marine Corps Base Hawaii. In the past, she has served as a director for the National Association of Industrial and Office Properties, Child & Family Services, the YWCA (East Oahu), The Outdoor Circle, and Health & Community Services Council. She is a former member of the Rotary Club of Honolulu Sunrise (1990 -1997).