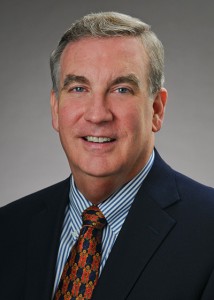 Robert Bruce Graham, Jr., a partner at Ashford & Wriston, began practicing law in 1973 and joined the firm in 1989.

He is a member of the firm's management and compensation committee. Mr. Graham's practice focuses on real estate transactions, including commercial leasing and land title issues; trust administration; and nonprofit organizations. His experience includes:

Mr. Graham is identified as one of the best real estate lawyers in Hawaii in The Best Lawyers in America, 1995 to present editions; as one of the leading Hawaii real property lawyers in America's Leading Lawyers for Business (Chambers USA), 2003 to present; and by Super Lawyers magazine, 2010 to present in the fields of real estate, estate & trust litigation, and nonprofit law. He was inducted as a member of Lambda Alpha International Honorary Land Economics Society (Hawaii Chapter) in 1998 and is an honorary member of the Hawaii Land Surveyors Association. Mr. Graham has received the Martindale-Hubbell "AV" rating.

Community Activities:
Mr. Graham is the Hawaii member of the Diocesan Attorneys Association of the United States Catholic Conference. He previously served as an officer and director of Damien Memorial School, and as a member of the Finance Council and the Development Committee of the Roman Catholic Diocese of Honolulu. He served as director of the Hawaii Visitors and Convention Bureau. For more than 18 years, he was president of the Association of Apartment Owners of Harbor Square, a 370-unit mixed use residential and commercial condominium in downtown Honolulu, and coordinated its rent renegotiations and eventual conversion to fee simple ownership.