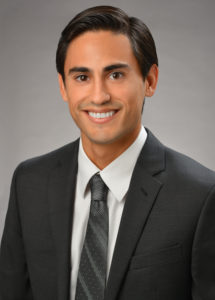 Nicholas G. Altuzarra, an associate with Ashford & Wriston, was admitted to the Hawaii bar in 2019 and joined the firm the same year.

Nicholas focuses his practice on general civil litigation, commercial litigation, medical malpractice litigation, and real property.  He also devotes a portion of his practice to transactional, environmental, and administrative law matters.  Nicholas is licensed to practice before all courts in the State of Hawaii and the United States District Court for the District of Hawaii.  He is a member of the Hawaii State Bar Association.

Outside the office, Nicholas enjoys surfing and rooting for the USC Trojans football team

Before law school, Nicholas was part of a large wealth management team at Merrill Lynch.  During law school, Nicholas served as a law clerk to the Honorable Lisa M. Ginoza, Chief Judge of the Intermediate Court of Appeals, State of Hawaii.  He was also a Staff Writer and Casenote Editor of the University of Hawaii Law Review.  Nicholas was a summer associate at Ashford & Wriston in 2018.