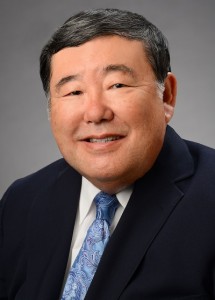 C. Mike Kido joined the firm as a Senior Director of Government Affairs in December 2014. Following a long and distinguished career in the private sector, Mr. Kido successfully managed passage of the legislative package for the State Department of Commerce and Consumer Affairs in the 2013 legislature and then joined Governor Abercrombie’s senior staff and served as the Governor’s Legislative Advisor for the remainder of his term.

Mr. Kido concentrates his work in the area of government affairs. His work includes assisting firm clients in developing strategies applicable to their government matters, representing clients before government agencies, including the Hawaii State Legislature, the executive branch and the various county councils and agencies.  Examples of his work include:

Successfully lobbied at the State Legislature on numerous matters, including securing over $300M in CIP funds for the City of Kapolei over a fifteen year period, passing legislation to support the construction of the rapid transit system (HART), securing $48 million in funding to start Phase I of West Oahu campus of the University of Hawaii, and assisting on the effort to secure multiple approvals for the Thirty Meter telescope on Mauna Kea, a project worth in excess of $1 billion.

Developed strategies to improve interagency communication and coordination while working with the Department of Commerce and Consumer Protection. Coordinated legislative and business strategies to address a significant court decision that negatively affected the construction industry. Worked on strategies to promote the development of the Second City. Worked as part of the team that won an exemption that enabled construction of the H-3 Highway project.

Mr. Kido has been extremely active in community affairs throughout his career. His volunteer efforts include the Aloha United Way, Japanese Chamber of Commerce, Founding Member of Kapolei Hawaiian Civic Club, Land Use Research Foundation, Honolulu Reapportionment Commission, and many others.