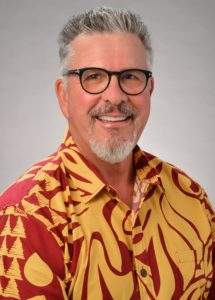 Hugh R. Jones joined the firm as Counsel in September 2020. Mr. Jones has practiced law in Hawaii for 32 years, both in private practice, government service, and inside the nonprofit sector.

Mr. Jones’ practice concentrates on the federal and state regulation of public charities and private foundations and their governance, the regulation of charitable solicitation and charitable registration matters, trust administration, Hawaii State taxation, and government affairs. As a Senior Deputy Attorney General, Mr. Jones supervised the Hawaii Attorney General’s Tax & Charities Division for over a decade, and created and launched a successful charitable enforcement unit in the wake of the Bishop Estate controversy of the 1990s, including necessary enabling legislation and online registration and reporting systems. While at the Attorney General’s office, Mr. Jones was also involved in many high profile Hawaii cases including the taxation of Online Travel Companies, the Bishop Estate Civil Litigation Team, “Operation False Charity,” public access to police misconduct, and other controversial matters. Immediately prior to joining Ashford & Wriston, Mr. Jones was the first In-House Counsel for the University of Hawaii Foundation and its Board of Trustees. Mr. Jones is a visiting professor of law at the William S. Richardson School of Law, teaching the Law of Nonprofit Organizations course for several years.

Mr. Jones is the former president of the Hawaii State Bar Association (HSBA) and the National Association of State Charity Officials (NASCO). Mr Jones was appointed by Hawaii Chief Justice Mark Recktenwald to the 2020 Task Force on Lawyer Well Being.
Mr. Jones has served as a trustee of the Kalama Community Trust (Kailua) and as a director of the Association of Fundraising Professionals Hawaii Chapter. Mr. Jones is also the past president of the Government Lawyers Section of the HSBA, and has been a speaker or faculty member at numerous national symposiums relating to the law of charitable organizations, including NASCO, the Columbia Law School’s Charities Law Project, the Hawaii Tax Institute, HANO, Chaminade University’s Nonprofit Organizations Conference and professional development programs.