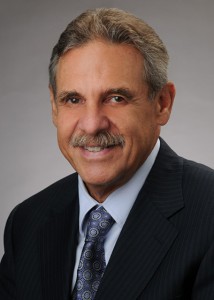 Gary M. Slovin joined the firm as counsel in August 2012. Prior to joining Ashford & Wriston, Mr. Slovin was a partner and former managing partner with one of Hawaii’s largest law firms. He is currently admitted to practice law in Hawaii and Pennsylvania.

Mr. Slovin is a member of the Hawaii State Bar Association.

Mr. Slovin has served as Executive Director of the Hawaii State Ethics Commission and was Corporation Counsel for the City and County of Honolulu under former mayor Eileen Anderson. Mr. Slovin has also served as a member of the Honolulu Charter Commission.

Mr. Slovin has received numerous professional honors and recognitions including recognition as one of the “Best Lawyers in Hawaii” by Honolulu Magazine in the area of government relations. He has also been listed in Hawaii Super Lawyers and has been recognized by Chambers USA for his work in government relations and land use issues. Mr. Slovin has also received the Martindale-Hubbell AV rating. In 2011, Mr. Slovin was honored by the Hawaii State Bar Association with the Ki‘e Ki‘e award for his pro bono work.

Mr. Slovin has served on the board of directors of the Hawaii Theatre Center, as a member of the Mayor’s Budget Review Advisory Committee and as chair of the 2001 Aloha United Way campaign. He is presently a board member of the Friends of the Williams S. Richardson School of Law, University of Hawaii. He also currently serves as a member of the Honolulu Zoo Society, as secretary of Helping Hands Hawai‘i, and as a director with the Hawaii Justice Foundation.