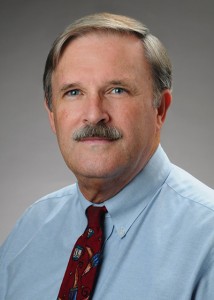 Francis P. Hogan, a partner at Ashford & Wriston, began practicing law in 1980 and joined the firm in 1981. He is admitted to practice before all of the courts of the State of Hawaii, the U.S. District Court for the District of Hawaii, and the U.S. Court of Appeals for the Ninth Circuit.

Frank opened the firm's Kailua-Kona office in 1988 and, although he returned to Honolulu in 1991, he continues to practice on the island of Hawaii, as well as on Oahu, Maui and Kauai. As a member of the firm's litigation section, Frank's practice includes quiet title , environmental, construction, condemnation, general commercial litigation, and representation of financial institutions. He has a broad range of trial and appellate experience in both state and federal courts, including:

Frank participated in the management of the firm as the chair of the firm's Litigation Area of Practice, and is secretary to the partnership.

Frank serves as an arbitrator in the State Court Annexed Arbitration Program. He is a member of the Natural Resources and the Intellectual Property & Technology sections of the Hawaii State Bar Association and has served as co-chair of the Association’s Long Range Planning Committee. He has served as a delegate to the Judicial Conference of the U.S. District Court, District of Hawaii. He also participated in the Hawaii State Judiciary’s 1991 Judicial Foresight Conference, and the 1993 Hawaii State Judicial Conference. He is also a member of the Litigation and Environmental Law sections of the American Bar Association.

Frank has served on the board of managers of the Nuuanu YMCA, and as chair (2001-2004) and vice-chair (1998-2015) . He has served as the branch representative for Nuuanu on the Board of Directors for the YMCA of Honolulu since 2002. He also served on the Board of Directors of the Kona Family YMCA from 1989 -1991. Frank is a member of the Association of Graduates of the U.S. Military Academy, the West Point Society of Hawai‘i and the Stanford Alumni Association.