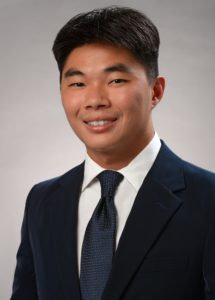 Brennan M. Wong, an associate with Ashford & Wriston, was admitted to the Hawai'i Bar in 2018 and joined the firm in 2021.

Brennan focuses his practice on general civil litigation, real property and land use, and intellectual property law.  Brennan is licensed to practice law before all courts in the State of Hawai'i and the United States District Court for the District of Hawai'i.

Prior to joining Ashford & Wriston, Brennan served as a judicial law clerk to the Honorable Jeannette H. Castagnetti, the Honorable Bert I. Ayabe, and the Honorable Lisa W. Cataldo of the Circuit Court of the First Circuit, State of Hawai'i.

Brennan earned his Juris Doctor from the University of Hawai'i at Mānoa, William S. Richardson School of Law in 2018 and was admitted to the Hawai'i State Bar Association that same year.  In law school, Brennan served as a judicial extern to the Honorable Bert I. Ayabe, and was a member of the law school's Saul Lefkowitz Intellectual Property Moot Court team.  Brennan also received a CALI Excellence for the Future Award for the highest grade in Patent Law.

Brennan earned his Bachelor of Arts in Human Performance from the University of Southern California and is a graduate of Punahou School.  Outside the office, Brennan enjoys surfing and staying active.