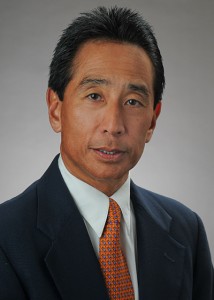 Benjamin A. Kudo joined the firm as counsel in July 2012. Prior to joining Ashford & Wriston, Mr. Kudo was a founding principal of another law firm in Honolulu.

Mr. Kudo specializes in land use, planning, zoning, natural resources, and real estate development, and has vast experience working with developers and land owners on a variety of issues. He has handled major resort, golf course, commercial, industrial, and residential developments throughout Hawaii, representing clients locally, from around the nation, and internationally from the Pacific-Asia region. Mr. Kudo’s experience includes:

Mr. Kudo has received numerous professional honors and recognitions including recognition as one of the “Best Lawyers in Hawaii” by Honolulu Magazine in the areas of Land Use and Zoning Law, Litigation-Land Use & Zoning, and Real Estate Law. He has also been listed in Hawaii Super Lawyers and as one of the leading Real Estate Zoning/Land Use attorneys in Hawaii by Chambers USA. Mr. Kudo has also received the Martindale-Hubbell "AV" rating.

In 2012, Mr. Kudo was appointed to an at-large seat with the University of Hawaii Board of Regents by Governor Neil Abercrombie and served as its Chair from 2018-2020. He was also a director on the board of the Hawaii Visitors & Convention Bureau, and the East-West Center Foundation and currently is a director for the Rehabilitation Hospital of the Pacific. In addition, Mr. Kudo currently serves as general counsel to the Japanese American Citizens League, Hawaii Chapter.